As part of the exhibition we launched Solomon Mortimer and Zahra Killeen-Chance’s new book, Many things were not in the fantasy. Made in Taipei, during Zahra’s residency there earlier this year, the book is pocket size with a discreet navy blue leatherette cover. Set within are 200 pages documenting three years since Mortimer and Killeen-Chance first surveyed their romance in another small book made in Taipei, When the sun sets your eyes change colour (I hope this is true). Many portraits feature, from the tender to the hilarious –  . . . and many dressing gowns.
Available from the Gallery, $50 a copy. To reserve a copy call Anna 021 471047

The exhibition also includes 2 recent Allan McDonald publications, Carbon Empire (2017) and Between the silence and the flame (2016) and  5 vintage photographs from the period of Lucien Rizos’ A man walks out of a bar: New Zealand photographs 1979-1982.

From Many things were not in the fantasy book by Solomon Mortimer & Zahra Killeen-Chance. 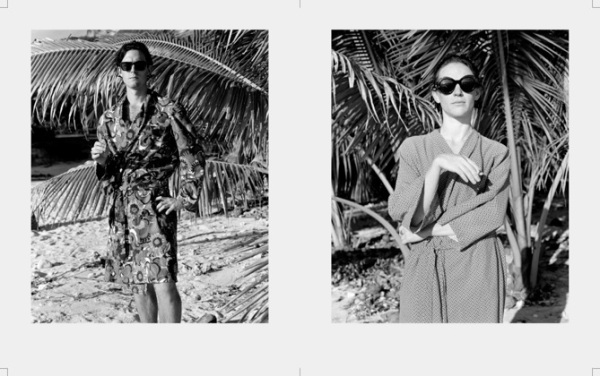 From Many things were not in the fantasy book by Solomon Mortimer & Zahra Killeen-Chance.